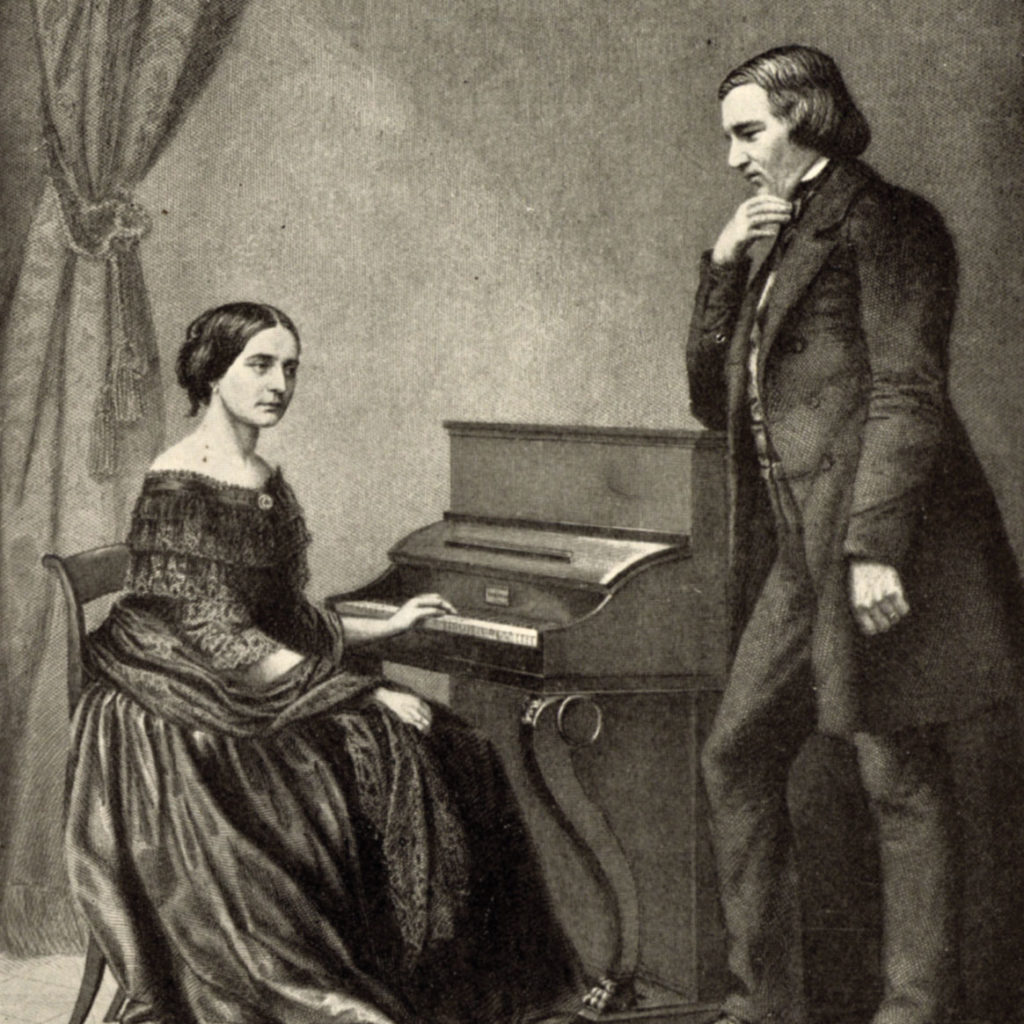 “I’ve been at the piano all week, composing and writing and laughing and crying, all at the same time,” wrote Schumann to his beloved Clara from Vienna in March 1839. “You will find this state of affairs nicely evoked in my Opus 20, the grand Humoreske.”

The Humoreske is one of Schumann’s most inspired creations. An elusive masterpiece, it is not one of his easiest works to follow, which may have contributed to its unjust neglect. Clara refrained from playing it in public, fearing it might be too inaccessible to audiences. In order to understand it, Schumann stressed that one must first have a feeling for Humor. The nineteenth-century German ideal of humour differs widely from our current English definition of the funny or comedic. Alluding to his literary idol Jean Paul, the German Romantic novelist from whom he “learned more counterpoint than from [his] music teacher,” Schumann described Humor as “a felicitous combination of gemütlich (genial) and witzig (witty).” We see this dichotomy reflected in Schumann’s famous alter egos: the sensitive and dewy-eyed Eusebius and the astute and often bitingly ironic Florestan. In his Vorschule der Ästhetik, Jean Paul END_OF_DOCUMENT_TOKEN_TO_BE_REPLACED

Posterity shall forever be grateful for the good sense of the pianist that saved one of the most important piano works of the twentieth century from oblivion.

Janáček was an ardent Czech nationalist who, with his aggressively anti-German sentiment, had always resented the Austrian domination of his homeland. He was compelled to write “1. X. 1905, From the Street” (later referred to as a Sonata) by a tragic incident that happened on the date the title commemorates. During a demonstration supporting the foundation of a Czech-speaking university in Brno, tension arose between the German majority and the Czech minority of the city. During a skirmish that ensued, a Moravian carpenter, František Pavlík, was violently bayoneted to death by the forces of the ruling Imperial Government of the Habsburgs. Deeply affected by this event, Janáček conceived a three-movement work as a tribute.

On the day of the premiere while the pianist Ludmila Tučková was playing through the work to Janáček, the fiercely self-critical composer grew despondent and in a fit of self-doubt tore out the last movement, a funeral march, and threw it into the END_OF_DOCUMENT_TOKEN_TO_BE_REPLACED

Hungarian composer Béla Bartók dedicated much of his life to the study of folk music. Both he and his friend and fellow-composer, Zoltán Kodály, are considered to be among the first of the modern ethnomusicologists. In 1906, equipped with an Edison wax cylinder, they began spending summers in the countryside collecting Hungarian and Transylvanian peasant songs. Bartók soon incorporated this rich collection of folk material into his original compositions, and it was through this extensive research that he was able to find his voice as a composer. In subsequent years he developed a personal folk-derived language into a musical idiom that would be unique among twentieth-century composers.

One often forgets that Bartók was a pianist of formidable talent. Before gaining recognition as a composer, he began his musical career as a concert pianist and professor at the Liszt Academy in Budapest. His Piano Sonata was written in 1926, the year referred to as his ‘Piano Year’, in which he also created significant works such as his first Piano Concerto, Out of Doors, and his Nine Little Piano Pieces. These END_OF_DOCUMENT_TOKEN_TO_BE_REPLACED

By 1836 Robert had deeply fallen in love with Clara, the daughter of his piano teacher, Friedrich Wieck. Her father bitterly opposed their marrying and had them living in enforced separation. Out of this period of anguish and despair during which he feared Clara was lost to him, a single-movement piano work entitled “Ruines. Fantasies” was born, one which he later described to Clara as “the most passionate thing I have ever written…a deep lament for you”.

Later in the year, Schumann was inspired to add two more movements to the work with the intention of publishing them together as a “Grand Sonata for Beethoven” to raise funds for a Beethoven monument in Bonn. The title subsequently went through many revisions; one favoured by the composer for a while was “Dichtungen” (“Poems”) with each of the three movements titled “Ruins – Triumphal Arch – Constellation”. It was finally published under the simpler but generic musical term “Fantasie” with a dedication to Franz Liszt (who returned the honour fifteen years later with his Sonata in B minor). Perhaps a more accurate title END_OF_DOCUMENT_TOKEN_TO_BE_REPLACED

A commonly held belief is that the genius of Mozart enabled him to compose entire pieces in his head before writing them down from beginning to end in one continuous stream. The genesis of these two works reveals this was not always the case. Mozart first penned a single Adagio movement for his most talented student Therese von Trattner, possibly for pedagogical purposes and most likely as a stand-alone work. To this Mozart later added two outer movements and recorded its completion as a Sonata on October 14, 1784. Seven months later, Mozart wrote a Fantasia in C minor and in December 1785 published it together with the Sonata. This has led many scholars to believe that the Fantasia was conceived as an overture to the Sonata; apart from the common tonality of C minor both works share many thematic relationships.

It was common practice in Mozart’s time to improvise in public concerts, and the Fantasia in C minor, being improvisatory in nature, stands as the most authentic recorded testimony of Mozart’s famous abilities as a master END_OF_DOCUMENT_TOKEN_TO_BE_REPLACED 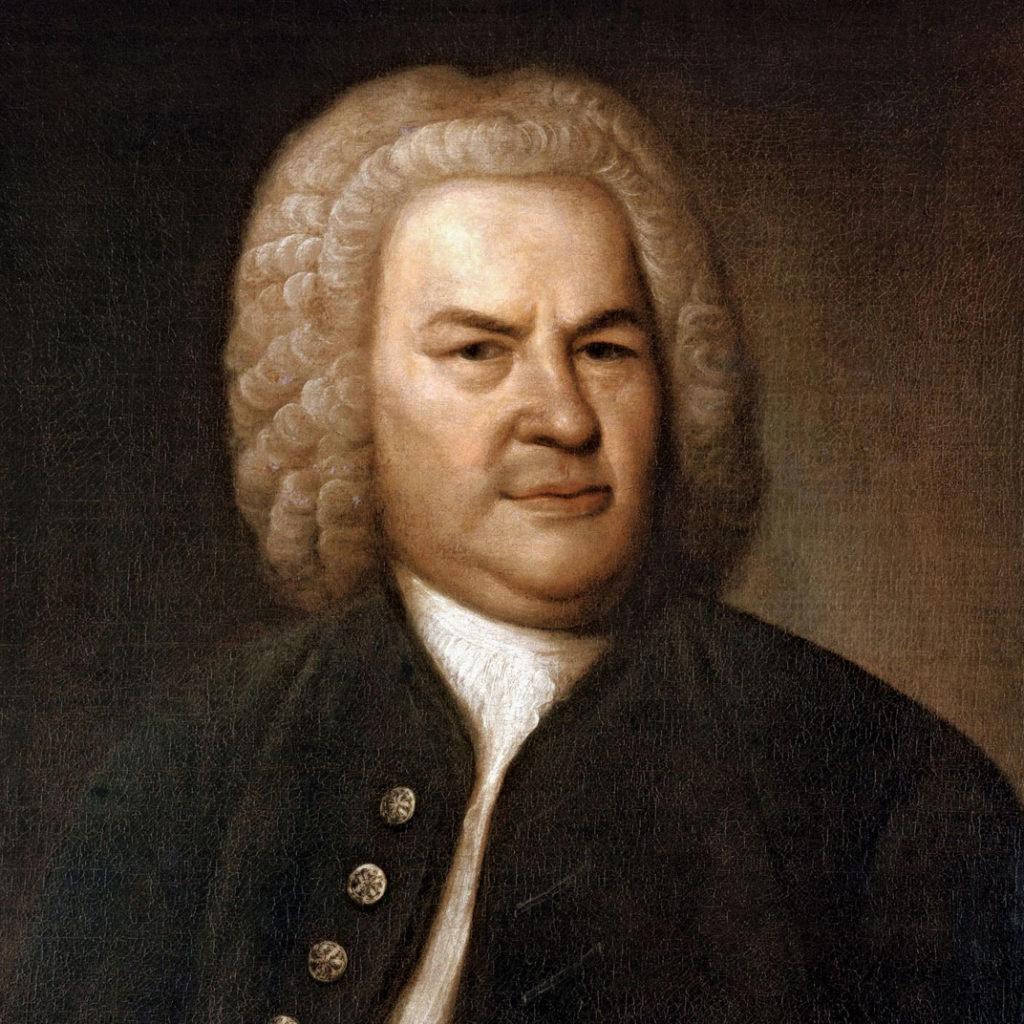 Like Bartók, much of Bach’s music has a firm footing in the rhythms and feel of dance, even when the titles do not necessarily suggest it. His numerous instrumental suites containing Baroque dances, court dances, and, occasionally, dances of folk origin, attest to this influence.

Suites pour le clavessin was the original title given by Bach to his six French Suites, which perhaps led to the designation “French” twelve years after his death. This title, as well as that of the earlier English Suites, can be misleading as all of these works feature dances that stem from traditions of various nationalities. The first five French Suites, dated 1722, originally appeared in the first Clavier-Büchlein vor Anna Magdalena Bach and were thought to have been a wedding gift from Bach. They subsequently went through numerous revisions (some pieces with at least five versions) and survived mostly through manuscript copies made by pupils and members of the Bach circle. This has resulted in many discrepancies between modern editions, with few giving us the full picture.